In need of a New Year’s Getaway?

As happy a time Christmas is, by January, there’s not better feeling than putting your feet up and taking a deep breath of relief knowing that you’ve got 300 odd days until the next round of festive cheer.

But seeing as you’ve been buying gifts and treating others around you, why not reward yourself with a New Year’s getaway? Abandon the cold weather, rainy days (and maybe even snow) and fly of to somewhere with abit of winter sun.

There’s many places worth going on late deals in January - Luxor would be my personal choice offering great value for money aswell as the nice weather! Other destinations I would suggest include Cairo for a slightly busier sightseeing trip. 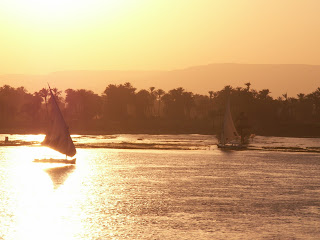 Going away in the New Year may initially seem expensive, but you can actually find some great deals - Stay for 7 nights in Luxor 3* from just £309! Or see the amazing Pyramids in Cairo 4* for 4 nights from £599

Dubai or Abu Dhabi for either a beach or city break are also great options - Stay for 5 nights in Dubai 3* from £649, or for a longer break - stay in Abu Dhabi for 7 nights 3* from £849. You could head even further away to the Far East to somewhere like Cha Am in Thailand. Staying for 7 nights 4* from £829. 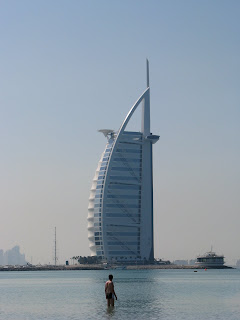 So what are you waiting for?

Can I fly direct to Bangkok from Manchester?

Unfortunately not, there aren’t any direct flights to Bangkok from Manchester. Direct services to Bangkok are only from Heathrow with Thai Airways, British Airways, Qantas and Eva Air.

There are a few easy indirect options for example with Emirates, which is a world class airline and would fly direct from Manchester to Dubai and then you would change aircraft for an onward direct flight to Bangkok. You can even fly on the new double decker A380 aircraft on the Manchester / Dubai leg, which I loved when I flew on the A380. 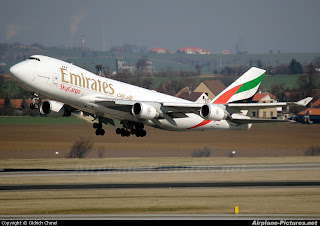 What’s the price of beer in Vietnam?

Mark's currently sitting in a bar in Vietnam, so it seems like there's no better time to ask him about the beverages he's been 'testing out' there...


The cost of beer in Vietnam depends on what you drink and where you drink it, but overall the simple answer is - beer is very cheap in Vietnam!

Hotels are obviously the most expensive place to drink beer in Vietnam, but even here things do vary dramatically. Business-orientated hotels in the main centres are the most expensive, with a bottle of Heineken or similar at the Sheraton Hotel and Towers in Saigon being 110,000 Dong (£3.65), although in their rooftop Bar add an extra £1 (worth it for the view!) 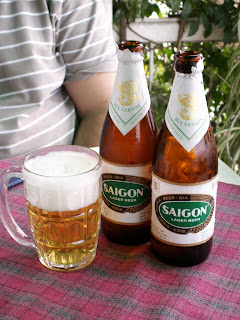 Keep an eye out for local brews across the country. 333 (pronounced "bar bar bar") and Saigon Beer are available in most areas, but some regions have their own bets - Historic Hue, the former capital of Vietnam, is our favourite area for trying local beers, with e likes of Huda, Festival and Hue Beer being around 20,000 Dong, or around 65p.

The cheapest beer we’ve come across in Vietnam is in the wonderfully charming town of Hoi An in Central Vietnam, where local brews are sold by the glass at just 4,000 Dong a go - that’s just 14p. Suddenly 40p seems quite pricey!

Prices correct as of December 2011 and to the extent we can remember with that amount of extensive research :-)

Kuala Lumpur is one of the Far East’s most exciting cities, but with loads to see and do it’s important to plan your trip to make the most of your time here.

DAY 1
Start your visit to Kuala Lumpur by boarding the frequent hop-on hop-off sightseeing bus that takes in all of the city’s main attractions. There are stops on Bukit Bintang if you’re staying in this part of the city, and throughout the Golden Triangle and KLCC areas too. Head to the older parts of KL to start with - get off at stop 8 in the Chinatown district, and walk through to stop 9 at Central Market.

Stroll through colourful Chinatown before arriving at Central Market, which has been refurbished from a traditional market to a centre for traditional handicrafts. Hop back on the bus and continue past the National Palace, through the Lake Garden and on to the National Mosque.


AFTERNOON
Grab a bite to eat at the KL Tower before taking the lift to the top, for spectacular views across the city. Although a little shorter than the Petronas Towers, the KL Tower is raised on a hill so is one of the few places to get views of the Petronas Towers without craning your neck! Then head down to Bukit Bintang, taking in some of the city’s best shopping and stopping for a coffee or a beer in one of the trendy cafes in the area.


EVENING
Jump on the monorail and catch a train to Maharajalela station - from here it’s a few minutes walk to Petaling Street and its famous night market. The bargains here are excellent, if your bartering skills are up to it!


DAY 2 - MORNING
Head to the Petronas Towers, where you’ll need to be in good time to collect tickets for the Skybridge viewing platform later in the day - the days tickets tend to get snapped up early! Then take a bus or a taxi out of town to the unique Batu Caves, located about 10 miles north of the city centre. A Hindu shrine in the main ‘temple’ cave is reached via 272 steps, and the spectacular caves are visited by around a million pilgrims each year. 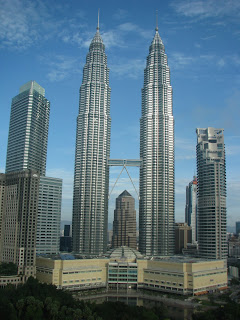 AFTERNOON
On the way back to the city return to the Petronas Towers and take the speedy elevator to the Skybridge, which links to the towers at floors 41 and 42 - making it the highest 2-storey bridge in the world! Head back to your hotel for a dip in the pool or to relax before heading out for the evening.


EVENING
Start your final night with drinks at the Skybar, located on the 33rd floor of Traders Hotel with great views across the city and a great vibe - there’s even a swimming pool! Then head down to Jalan Alor, where Malaysian and Chinese street food is at it’s best - a perfect way to finish off 48 hours in Kuala Lumpur! 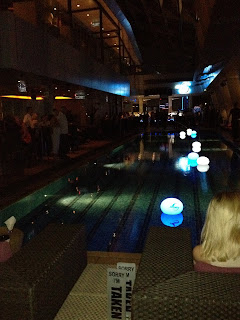 Posted by Escape Worldwide Blog at 15:06 No comments:

Why can't I seem to find many 'All Inclusive' hotels in Thailand?

There are one or two All Inclusive hotels in Thailand, but to be honest the food and drink is so cheap out there you wouldn't want to be staying in your hotel!

Last time I was out there I visited three of the beach resorts - Phuket, Krabi and Phi Phi - and I think the most I paid for a meal was £25 and that was the most amazing lobster I've ever had in Phuket. Even the more remote beach hotels have a couple of beach restaurants close by, and if you are in one of the more touristy areas, such as Ao Nang in Krabi, you will be spoilt for choice. You will be able to get a really good meal for about £5 or £6, or just some chicken satay for £1 or so. 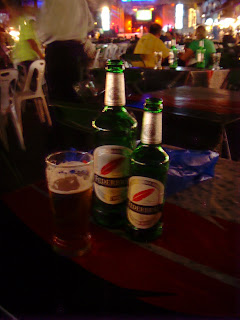 The bottles of beer are enormous! Singha, Tiger and Chang beer are all very common, as are Happy Hours, so make the most of them! Happy Hour quite often runs from 4 in the afternoon until about 9 in the evening, and the offers tend to be 2 or 1. Given the full price is about £2 for a large bottle, you might not need to be there after 9pm, the beer is quite strong!!

I did a safari in Kenya last year and what I did was to fly from Nairobi straight into the Masai Mara by light aircraft, I then spent 3 nights at a camp before flying back to Nairobi. I found this worked really well as the light aircraft was a FAB way of seeing the Masai Mara from the air and it only took about an hour and a half to get from Nairobi, Also it landed close to the camp so didn’t have to go too far to get to the camp, though on saying that the drive to the camp was amazing, littered with giraffe and zebra. 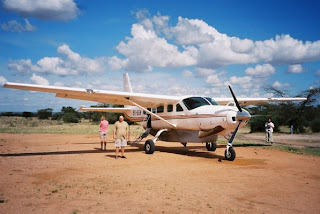 Whilst at the camp I did a couple of game drives a day, which I have to say were simply amazing. I saw the big five plus tons of other animals. I was pretty amazed when we came across a herd of elephant; I counted 20 with a couple of babies, which were so sweet. There is some much to see on the Masai Mara and the local driver/guide, David, was simply fantastic and it was really interesting hearing how he grew up on the Masai Mara.

OK you don’t get to see the full diversity that Kenya has to offer by flying just in the Masai Mara, but it was a great way to experience some of the most amazing wildlife I have ever seen.
The only thing that was a little disappointing was that my luggage allowance was restricted to 15kg because of the light aircraft, it wasn’t be biggest problem, but it would have nice to have had a bit more.

The landing strips are right in the middle of the Mara, so sometimes you need to clear the runway of Zebra and Wildebeast, all a bit off, but great fun!