The combine stunning scenery, a relaxed atmosphere and some fantastic beers, and there’s nowhere better to sample the most famous local brew than at the Kona Brewing Company’s brewery and pub, in the relaxed town of , on Hawaii’s Big Island. The company’s range of beers are found throughout the islands (not yet available in the , unfortunately), and really do live up to their ‘liquid Aloha’ tag. Longboard Lager is perhaps the best known – a favourite with the characters of Five-0 – but our choice is Fire Rock Pale Ale, named after the active volcanoes of , just a short distance from the brewery itself. 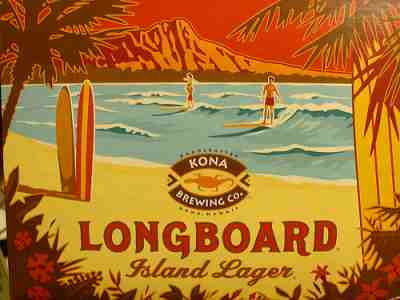 Kailua-Kona hosts the Ironman World Championship every year, the ultimate sporting test of endurance, when up to 2000 of the world’s toughest athletes undertake a 2.4 mile swim, a 112-mile bike ride and a full marathon, all one after the other – and all in the heat of . The sheer thought of it makes us thirsty, but there’s something particularly satisfying in watching these super-fit athletes undertake the ultimate test of endurance, while sat in a bar overlooking the beach, with a cool Kona beer in your hand (sporting endurance has never been our thing!)

If your trip to doesn’t include (you’d be missing out on our favourite Hawaiian island, though!) don’t despair – you can get beers from the Kona Brewing Company throughout the archipelago, and our top tip would be to head to . At the end of the main strip and right opposite Waikiki beach is Lulu’s Surf Club, a relaxed bar with great views across to Diamond Head, and the perfect setting to watch the sun set over the Waikiki beach scene.

Check out our holidays to Hawaii at: http://www.farawayescapes.co.uk/usa/hawaii_holidays.html

I hope you've enjoyed our beer guides, it's a tough job but at Escape Worldwide we like to make sure we do all our research to offer you the best holiday.

The bar at the Sopa Lodge, in Tanzania’s Serengeti National Park, looks out over the vast plains of one of ’s most renowned game reserves – that’s a bar with our name on it! After spending a few hours in the park on a game drive, getting up close with everything you could imagine from a safari holiday from big cats to elephants, hippo and more, there’s nothing better than a bottle of beer – Serengeti Beer, of course! 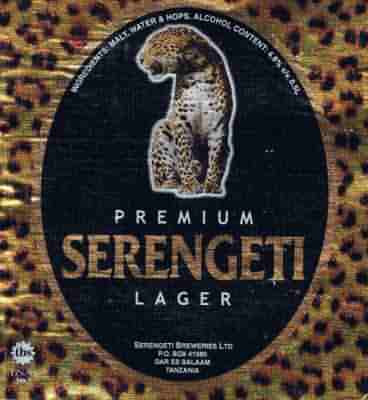 The Sopa Lodge has a superb setting, slightly elevated and located towards the southwest of the park, with fabulous views from the rooms, the pool and the bar – take your drinks outside on to the terrace by the pool for an uninterrupted view across the Serengeti plains. You’re likely to see a great deal of wildlife while enjoying your drinks, with smaller creatures such as gazelle and zebra coming close to the lodge while elephants, giraffe, wildebeest and a host of other game can be seen in the distance. During the annual migration, when 2-3 million wildebeest, zebra and other grazers cross the Serengeti on their way to the Masai Mara in search of fresh grass, the Sopa Lodge’s position allows for great views of the movement – even with a bottle of Serengeti beer in your hand!

A safari holiday is one of those truly special trips that will give you memories of a lifetime, and is a great location for such a trip. Many itineraries will combine the Serengeti with other areas such as the Ngorongoro Crater (a true microcosm of African wildlife), Tarangire National Park (particularly good for elephants) and Lake Manyara National Park (excellent views as well as varied wildlife), and all perfect locations for seeing the wildlife as well as trying the local brew!


For a range of safari holidays go to: www.safariescapes.co.uk

We love a spot of sightseeing when we’re on holiday, but we also like a beer or two, and we’d hate for one to get in the way of the other. On a Nile cruise, you can enjoy a cold Stella or Sakara beer while gently cruising down the and seeing the sights as you go – the best of both worlds! The beauty of a Nile cruise is that it’s packed with interest yet is very relaxing – OK, there are some early starts and you’ll take in an incredible amount of history, but there’s plenty of time to chill out and relax on board, and with most boats having a sundeck and swimming pool, you’ll come away as relaxed – and tanned – as you would on a beach holiday. 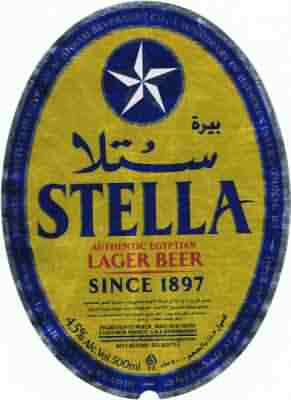 Over the years we’ve visited more times than we can remember, and we’ve narrowed our beer of choice down to two – Stella (nothing to do with the Belgian brand) and Sakara. Stella has been around for well over 100 years while Sakara is far newer - unlike the pyramids it’s named after! In the Egyptian heat both are real thirst-quenchers, and every cruise boat we’ve visited serves at least one of them.

If the idea of a cruise isn’t your thing, then a Nile cruise is somewhat different to an ocean cruise, and may well be ideal for you. cruise boats are small – typically around 70 cabins – and don’t really travel very far, covering the stretch of between and return in a week – you could drive it in a day. There’s something quite mesmerising about sitting on the deck watching the banks of the float by, with a cool beer in your hand. I wonder if Agatha Christie tried Stella when she visited!


For great holidays to Egypt do to www.redseaescapes.co.uk

For a small town, Hoi An in Central Vietnam has an amazing array of beers available, and is quite possibly the cheapest place for a beer you’re likely to find – that’s ignoring the town’s incredible history and beautifully restored UNESCO-listed Old Town, of course – it’s not all about the beer, you know! Hoi An is one of our favourite parts of the Far East, rammed with historical interest but with great beaches, a relaxed atmosphere and some superb dining and drinking options. A few days here is highly recommended on any Vietnamitinerary. 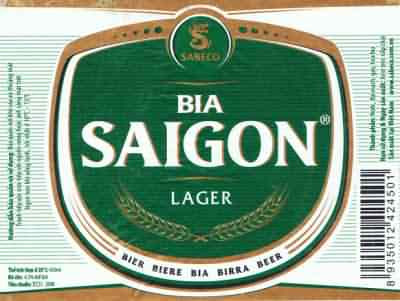 Throughout Vietnam it’s easy to get a beer for around 12,000 Dong - a mere 40p! In many local bars (and for local read tourist bars, but outside of the larger hotels), a bottle of local beer such as Saigon or Larue will cost 12,000 to 15,000 (40p - 50p), or up to a whopping 30,000 Dong (£1) in a pricier venue. That’s for a large 450ml bottle of very pleasant beer indeed! Central Vietnam also has a number of local brews, with Hoi and nearby Hue, the former capital of the Country, being our favourite areas for trying local beers. In this region, the likes of Huda, Festival and Hue Beer are around 20,000 Dong, or around 65p.

The cheapest beer we’ve come across in Vietnam is in Hoi An itself, where local brews are sold by the glass. Vietnamese fresh beer – or Bia Hoi as its called locally – is brewed locally and drunk quickly, and although its found across the Country, Hoi An is a particularly good spot to try it out. Bia Hoi is very much a local drink, served in rough and ready establishments, and at just 4,000 Dong a go - that’s just 14p - suddenly 40p seems quite pricey!
For some great holidays to the Far East go to www.asiaescapes.co.uk

For a beer with a view, head to the 51st floor of the Banyan Tree Bangkok, to the Latitude Bar, where a cool Singha beer (our tipple of choice in Thailand!) comes with perhaps the most spectacular view of Bangkok available. The Latitude Bar isn’t quite at the top of the hotel - that honour goes to Vertigo Restaurant, on the roof a few floors higher up - but the open sided bar cuts right through the building from one side to the other, giving stunning views in both directions. If, like Mark in our office, you don’t have a head for heights then avoid the table close to the edge, as the sheer drop to the street below will make you wobbly. 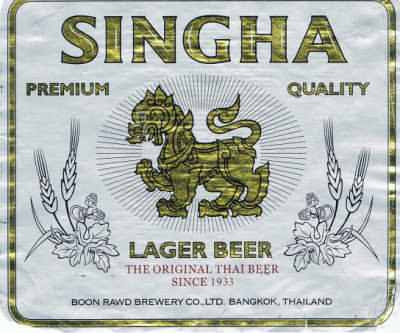 The view to the north side of the bar takes in the bright lights of lively Patpong just beneath you, with Bangkok’s older Ratanakosin district in the distance – this area is home to some of Bangkok’s most interesting sites including the Grand Palace and Wat Po, home to the 43 metre long reclining Buddha. To the south, the view covers the huge sweep of the mighty Chaypraya River as it twists and turns through Bangkok on its way to the sea. Bangkok at night dazzles, and from this high up you really get an idea of just how vast this city is.

If you can’t get enough of the view, head 10 floors up to the roof of the hotel for dinner at Vertigo, one of the highest open air restaurants in the world with a 360 degree view of Bangkok. Book a table in advance if you can as the restaurant is popular (and weather dependent!) but the service is excellent and the appetiser plate that includes scallops, lobster and tuna is just superb. With this kind of setting, that cool bottle of Singha beer really comes in to its own!
Check out www.thaiesapes.co.uk for great Thailand Holidays
Darren
Escape Worldwide - Home of Long Haul Holidays
http://www.escapeworldwide.co.uk
Posted by Escape Worldwide at 16:09 No comments:

AIR PASSENGER DUTY (APD) has risen by 8%, as announced by the government in the
Autumn Statement last year.

In light of the increase, airlines called on the Treasury to review the impact on "hard working families". A Treasury minister said the majority of passengers will only pay an extra £1 as a result of the rise.

The changes in APD will also see it extended to private business jets for the first time. 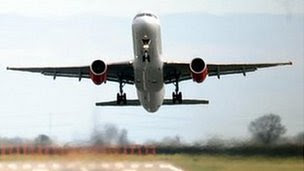 'Tax review'
In a joint statement the bosses of Easyjet, British Airways owner IAG, Ryanair and Virgin Atlantic said the increase would "hit millions of hard-working families and damage the wider economy".

"We urge [Chancellor] George Osborne to make APD the first tax to be examined under the Treasury's new review of the wider impacts of taxation on the economy," they said.

They added that further planned rises in the tax before 2016 would mean a family of four paying £500 in tax to fly economy class to Australia. In 2005, they said, the same family would have paid £80.

Sir Richard Branson, who owns Virgin Atlantic, told the BBC increasing the tax might put some people off visiting the UK.

The business group the CBI has also called for a lower rise in APD. The government defended the rise by saying it had frozen APD last year.

"Most passengers pay only a pound more on their flights as a result of the rise," said Economic Secretary to the Treasury Chloe Smith. "We have made aviation tax fairer by bringing private business jets in for the first time.