We are asked a fair bit, I want to go on safari in Kenya, but don’t want to keep moving around?

Well Karen has the answer:

I did a safari in Kenya last year and what I did was to fly from Nairobi straight into the Masai Mara by light aircraft, I then spent 3 nights at a camp before flying back to Nairobi. 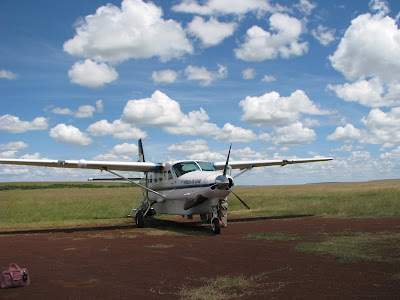 I found this worked really well as the light aircraft was a FAB way of seeing the Masai Mara from the air and it only took about an hour and a half to get from Nairobi, Also it landed close to the camp so didn’t have to go too far to get to the camp, though on saying that the drive to the camp was amazing, littered with giraffe and zebra. 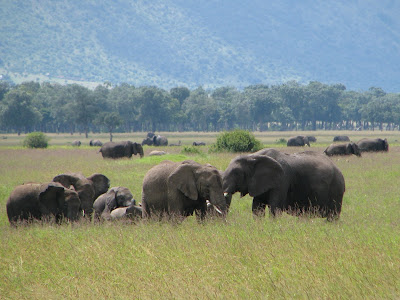 Whilst at the camp I did a couple of game drives a day, which I have to say were simply amazing. I saw the big five plus tons of other animals. I was pretty amazed when we came across a herd of elephant; I counted 20 with a couple of babies, which were so sweat. There is some much to see on the Masai Mara and the local driver/guide, David, was simply fantastic and it was really interesting hearing how he grew up on the Masai Mara. 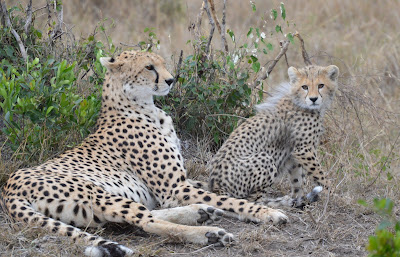 I love big cats and wasn't disappointed, I same plenty of lions, cheetahs and we even lucky enough to see the elusive leopard, simply amazing!

OK you don’t get to see the full diversity that Kenya has to offer by flying just in the Masai Mara, but it was a great way to experience some of the most amazing wildlife I have ever seen.

The only thing that was a little disappointing was that my luggage allowance was restricted to 15kg because of the light aircraft, it wasn’t be biggest problem, but it would have nice to have had a bit more.

The landing strips are right in the middle of the Mara, so sometimes you need to clear the runway of Zebra and Wildebeest, all a bit off, but great fun!

We have a great range of lodges on the Masai Mara which make a great base for a fantastic safari - http://www.escapeworldwide.co.uk/safari/masai_mara_lodges_camps.html