Hawaii.... a long way from the UK but well worth a visit!

Darren is a big fan of Hawaii:

It’s a very long way to , so once you’re there it’s worth taking in more than one of the six magical islands that are open to visitors. First stop for many is the , spending most of their time in and around and , but to get a true taste of you’ll need to head over to one of the other islands. 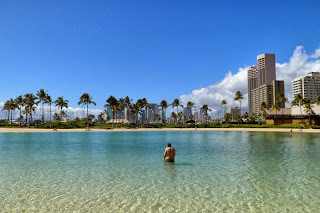 Don’t dismiss Oahu as being just the high rise hotels of Waikiki Beach – it’s true, Waikiki is wall to wall hotels crammed in to a fairly average stretch of beach, but there’s something about the place that’s a little intoxicating, with great restaurants, relaxed bars and quality shopping, beautiful sunsets and a stunning setting - no trip to Hawaii would be complete until you’ve been to Waikiki!

Elsewhere on the there’s plenty of interest. itself has been voted the most liveable city in the US and it’s easy to see why – it’s fairly small and easy to get around, plus it has a near-perfect climate and it’s full of interest. Fans of ‘Hawaii Five-0’ will recognise buildings such as the ’iolani Hale (used as Five-O Headquarters) with the statue of King Kamehameha just outside, while the Aloha Tower gives great views over the downtown and harbourfront areas.

Just outside is , site of one of the most important events in World War II. The Arizona Memorial and its visitor centre are particularly moving, while the USowfin submarine is really interesting, if a little claustrophobic.

Further afield on (although you could easily drive the whole island in a day) leave the city behind and take in some of the ’s incredible scenery. The has become one of the world’s most famous surfing venues, while the east coast is dominated by dramatic scenery that’s been used in films such as ‘’ and on TV in ‘Lost’.

Oahu is very much the American side of Hawaii, but as it’s only been the 50th state of the US since 1959 it’s easy to see a more traditional side of things, where connections to Polynesian neighbours such as Tahiti and Fiji are more obvious than those to the US mainland. The is perhaps the most beautiful in the archipelago, with stunning beaches and a dramatic volcanic interior, while tiny Kaui has some of the most varied landscapes imaginable on such a small island. Our favourite is , for its laid-back pace of life, stunning coastline and dramatic scenery dominated by volcanoes.

As its name suggests, is the biggest of all of the , and a few days with a car will allow you to explore away from the beaches. The island is dominated by Mauna Kea, the highest mountain in the Pacific, one of the best locations in the world for star-gazing – the clear air above the clouds away from light pollution means the summit of the often snow-capped peak is home to a number of the world’s leading high-tech telescopes. A visitor centre at 9,000 feet is easy to reach by car, but if you’re heading higher take a breather here to avoid altitude sickness! 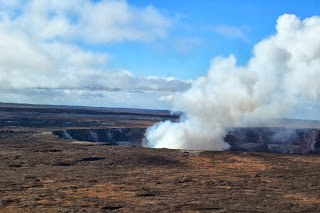 Big ’s number one attraction, however, is , a dramatic, unpredictable place of bubbling lava and steaming craters, where eruptions have been continuous since 1983. Certain parts of the park become off-limits as activity starts up, but at the moment visitors can walk along the floor of Kilauea Iki Crater, see the plumes of smoke from the Halema’uma’u Crater and take the Chain of Craters Road to see where the lava flows have made it to the sea. Dramatic, exciting and unnerving all at the same time!

Finish off your Hawaiian adventure on the beaches of the Kona coast, where the relaxed resort of seems a million miles from hedonistic . The area is famed for its Kona coffee, but our top tip is the local beers from the Kona Brewing Company – brewery tours are free, or just relax in the brewery gardens with a cool Longboard lager or a Castaway IPA as the sun sets on another perfect day in paradise.

Don’t miss…The Big Kahuna breakfast at the Cheeseburger in diner, where the kitsch Hawaiian décor and great views of combine.

Don’t miss…Take a helicopter over Volcanoes National Park to see the latest eruption from the sky – the brave (or stupid) can opt for a ‘no doors’ flight!

One to avoid…Lunch. Portions tend to be huge, so if you managed breakfast (with a side of pancakes) and are heading for dinner, we’d skip lunch entirely!