Throughout December we're having a look back at some of our favourite trips from 2016 - just last month Darren visited Kenya and was blown away by the wildlife of this magical destination. But he found a lot more besides, with beautiful landscapes, fabulous beaches along the coast, superb places to stay and he even managed a lively night out in vibrant Nairobi!

On Safari in Kenya

Over the last few weeks I've been completely enthralled by David Attenborough's 'Planet Earth II' series, and while I wouldn't class myself as a wildlife buff I get very excited on safari. In November I spent four nights on safari and four nights on the beach, which is the ideal mix for part-time Attenborough's like me!

On this trip I flew by light aircraft from Nairobi to the Masai Mara - I've been to Kenya a few times before and on my last visit I had a 4x4 vehicle to take in three different areas of the country, starting in Samburu in the north of Kenya before heading to the Great Rift Valley and finally the Masai Mara. Travelling by light aircraft takes out the longer drives (although I do really enjoy seeing the local towns & villages and the beautiful scenery from ground level), so I was on the Masai Mara by lunchtime on my first day. The wildlife sightings had started even before I'd hit the ground, with zebra and wildebeest visible from the plane as we came in to our airstrip - this was a sign of things to come, as over the next few days I saw more wildlife (with some superb up-close sightings) than I could have hoped for! 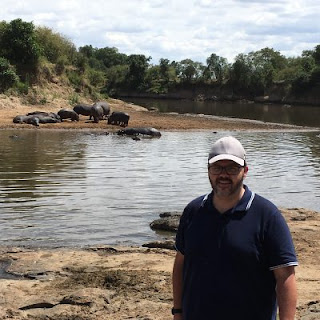 On the way from the airstrip to my camp I counted a total of 11 lions, mainly snoozing in the heat of the day and looking well-fed - my driver explained that the migration which usually takes vast numbers of zebra, wildebeest and other animals from the Mara to the Serengeti in September and October had actually crossed back in to Kenya recently, so animal numbers had been boosted - and the lions were taking full advantage! Personally I adore big cats, so you can never have too many lions, but I've not had much success with leopard over the years as they're a lot more elusive. This trip was different, though - our superb driver spoilt us with not one but TWO fantastic leopard sightings, one hiding in the long grass before crossing a small river, and next morning our second leopard was snoozing in a tree before climbing down backwards and moving to the shade beneath the tree. Both leopards were within 30 yards of us!


The Masai Mara
​
For me when I hear the word 'safari' I instantly think 'Masai Mara' - there's nowhere else quite like it! On this trip I spent two nights at each end of the Masai Mara, starting towards the eastern end at the beautiful Sarova Mara Game Camp - this is a great introduction to the Mara, and ideal if you want the experience of a tented camp but with the reassurance of a larger property. Tents here have solid roofs so feel nicely sturdy while still being a tent - mine even had a small family of mongoose just outside! 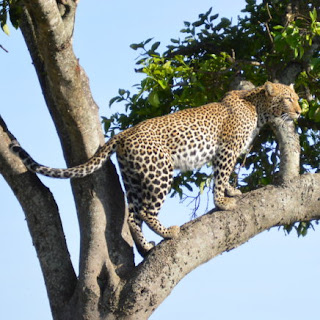 I then moved across the plains of the Masai Mara (which was an experience in itself with huge herds of elephants) to the western area, on the banks of the Mara River. Although it's not a big distance geographically the areas are very different, both in terms of the wildlife and also the landscapes - even the climate is different! The eastern areas felt more open and were home to herds of zebras, large numbers of giraffe and also one of the best rhino sightings I've ever had. The western areas have more rivers and forests so attract different wildlife, and I saw a fabulous cheetah teaching her cubs how to stalk prey - although they seemed more interested in playing with each other! My home here was the Ashnil Mara Camp, with some of the largest tents I've come across on the Masai Mara - my tent overlooked the river itself, and the noise of the hippos in the bend of the river below the tent was amazing! 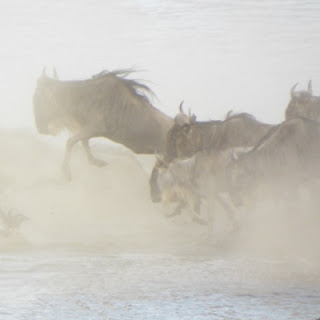 The absolute highlight of my time on the Masai Mara was when I was able to see a crossing of the Mara River by 10,000 or so migrating wildebeest and zebra - this is the kind of stuff you only see on programmes such as 'Planet Earth II', but our excellent driver could tell that the animals were preparing to cross, and he knew where to head to. After around an hour of huge herds congregating on the banks of the river, they set off together, taking around 15 minutes for all of them to cross successfully. I was able to capture some of the stampede on video - check it out here!

Beaches of Mombasa
​
After a few days on safari I was ready to hit the beach - Kenya's Indian Ocean coastline is lined with stunning beaches, and I headed for the North Coast of Mombasa, a fairly short transfer from the airport. I stayed at the fabulous Sarova Whitesands Beach Resort & Spa and spent a few day chilling out and doing very little indeed! The resort is perfect for me - quiet areas for chilling out but a livelier atmosphere in other areas too, so the best of both. Their beach bar is amazing, and just down the beach is another great option for a few sundowner Tusker beers, Yul's beach bar. 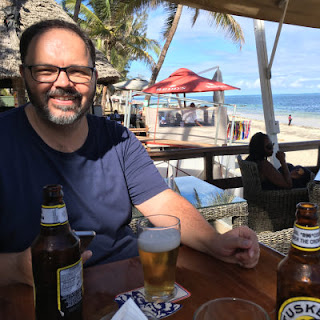 If you prefer more chill and less party then head to the South Coast of Mombasa - Diani Beach is amongst the most beautiful beaches I've ever been to anywhere - ever - with the whitest, softest sand. The atmosphere along this stretch of coast is just perfect for relaxation, and there are some great hotel options here too. My favourite for total relaxation is the low-key Indian Ocean Beach Resort, set on a fabulous section of Diani Beach and with whitewashed traditional buildings giving it a local feel - spot-on!

On the way back to the UK I had a night in Nairobi, which isn't somewhere that's high on many people's itineraries but there's lots to see and do here, and with the city in the middle of a boom it's a surprisingly vibrant place - I stayed at the Sankara Hotel in the Westlands area of the city, and had a great night out in some of the local bars. I can highly recommend Brew Bistro with its rooftop bar and microbrewery - working my way through their beer menu during Happy Hour seemed like a great idea at the time, but the hangover on the flight home wasn't ideal!

I've been lucky enough to visit East Africa a number of times over the years, but each time is always different. Kenya is a truly magical destination, and on this trip I had the best wildlife experiences I've ever had (I never thought I'd be lucky enough to see a migration of wildebeest) - which is why it was my Top Trip of 2016!

We're having a look back on some of our favourite trips from 2016 - it's been a busy year at Escape Worldwide and the team have been criss-crossing the globe from Sydney to Havana, Tokyo to Nairobi. Karen visited Malaysia and Bali in September, taking in vibrant Kuala Lumpur, Bali's various beach resorts including Nusa Dua, Seminyak, Legian and Sanur, and the relaxed mountain hideaway of Ubud. Here's a quick look at her highlights . . .


Kuala Lumpur
​
Kuala Lumpur is one of my favourite Far East cities - it has such a buzz, there's loads to see and do, great quality hotels and some of the best food in Asia! I stayed at the Hotel Istana which is in a perfect location closed to the lively Bukit Bintang area of the city (think Oxford Street), and with one of my favourite streets a close walk away - Jalan Alor, which is packed with dozens of stalls each selling a local delicacy - delicious! 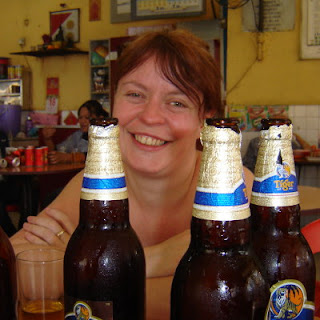 I spent a day exploring the city using the local hop-on hop-off bus, which is a great way to get around, especially to areas slightly further out. I found the National Mosque to be totally fascinating, and spent quite a lot of time around the colonial districts of the city, taking in the architecture of the Old Railway Station and the Central Market. Afternoon tea at the Majestic Hotel fitted in perfectly!

On my last night in KL I did some shopping in the renowned Petaling Street market (the best quality knock-offs anywhere!) followed by an amazing Chinese meal nearby, and finished off with drinks in one of the bars in Bukit Bintang before flying to Bali next day!

Beaches of Bali
​
One of the best things to my mind about Bali is how all of the beach resort areas are so different, in such a small area - there are places such as Kuta that are perfect for a lively party stay, or quieter areas such as Jimbaran if you want to chill out. I started in Nusa Dua, which has a great range of quality hotels, a few local restaurants and shops, and some great beaches - if you want upmarket and peaceful but not dead then it's ideal. I stayed at the Nusa Dua Beach Hotel, which I couldn't fault - great rooms, full of character, and the food was superb!

From here I headed to the other coast at Seminyak, which has a stylish, trendy feel, super-cool beach clubs and funky bars, and a good selection of hotels. Most hotels are a little further from the beach than in other resort areas, but there's such a great range of places to eat and drink outside of the hotels, I found myself spending less time in the hotel and more time out & about. My particular favourite here was the Anantara Seminyak, an uber-stylish hotel right on the beach, with beanbags on the sand for sunset cocktails! 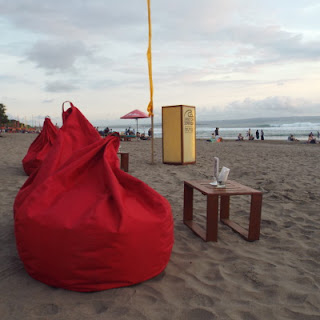 Last stop for me was Sanur, which balances local restaurants, bars and shops with a relaxed feel - it's not party-central, but you're not stuck to your hotel either, which I really like. I stayed at the Puri Santrian, which I just adored - beachfront, full of Balinese character, and handy for local facilities.

Bali hideaways -Ubud
​
If you head away from the beaches then Bali becomes a completely different destination, with beautiful scenery, incredible temples and a rich, intricate culture - even if you just base yourself on the beach I'd really recommend a day trip inland to Ubud and some of the other villages, but if you have time then spend a few nights up here. 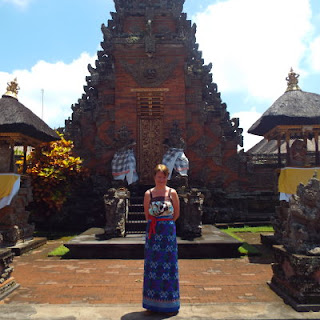 It's around an hour from most of the beach areas so it's easy to include, but you'll see a very different side of the island - I explored the famous Monkey Forest, went to various temples and saw traditional dance in the village. My home here was the gorgeous Alila Ubud, located in a valley just outside Ubud itself, with the most incredible swimming pool hanging out over the valley - a real 'takes your breath away'!

I'm a huge fan of the Far East and have been lucky enough to visit both Malaysia and Bali before, but this trip took me to some new places, some fabulous hotels and a whole load of new experiences - which is why it was my Top Trip of 2016!


Kenya is such an amazing destination and the migration is simply breathe taking!

Darren was on safari in Kenya recently and was lucky enough to experience the simply amazing migration crossing the Mara River.

We have some great safari options to Kenya - http://www.escapeworldwide.co.uk/safari/kenya_holidays.html